LAV DIAZ AND ILDIKO ENYEDI ARE COMING TO ISTANBUL AS HONORARY GUESTS FOR THE 10TH BOSPHORUS FILM FESTIVAL!

Highly acclaimed directors Lav Diaz and Ildiko Enyedi will receive Honorary Awards and meet with cinemagoers each for a masterclass at the 10th Bosphorus Film Festival taking place on October 21-28. 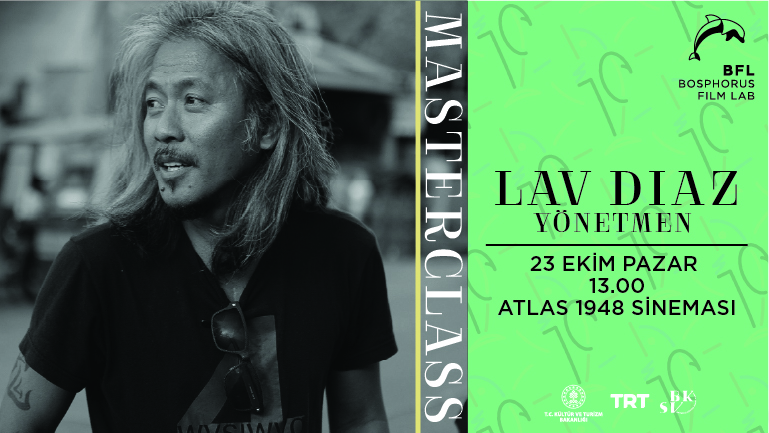 Organized by the Bosphorus Culture and Arts Foundation, the 10th  Bosphorus Film Festival is getting ready to meet audiences on 21-28 October. Bringing together cinemagoers with distinguished examples of Turkish and world cinema, masterclasses and discussion sessions, the 10th Bosphorus Film Festival is also stirring great excitement with its international guests.The honorary guests this year are Lav Diaz and Ildiko Enyedi.

Filipino director Lav Diaz will be presented the Honorary Award at the opening ceremony of the Bosphorus Film Festival, he will also meet with cinemagoers for a masterclass. Winning the Golden Lion Award at the 2016 Venice Film Festival with the revenge drama The Woman Who Left, he is the director of black and white films alongside being a poet, writer, composer and actor. Lav Diaz mostly uses his own poems and music in his films and was invited to the Academy of Motion Picture Arts and Sciences in 2017; his filmography includes Serafin Geronimo: The Criminal of Barrio Concepcion; Jesus, the Revolutionary; Season of the Devil and Butterflies Have No Memories. Winning the Golden Leopard Award for best film with From What is Before at the 2014 Locarno Film Festival, Diaz’s latest film When The Waves Are Gone premiered at this year’s  79th Venice Film Festival.

Ildiko Enyedi will be at the 10th Bosphorus Film Festival!

Hungarian director Ildiko Enyedi will be presented the Honorary Award at the closing ceremony of the 10th Bosphorus Film Festival, she will also meet with cinemagoers for a masterclass. Winning the Golden Bear Award at the 67th Berlin International Film Festival with the 2017 film On Body and Soul, Enyedi also got an Oscar nomination the same year; she brought a whole new meaning to the traditional social reality dialect  of Hungarian cinema with science fiction and bewitchery, Greek mythology and folk tales. Enyedi’s second feature film My 20th Century (Az én XX. Századom) won the Golden Camera Award in Cannes.