SUBMISSIONS ARE NOW OPEN FOR THE 9TH BOSPHORUS FILM FESTIVAL

Submissions for the competition and industry sections of the 9th Bosphorus Film Festival to be held on 23-30 October are now open to bring together with the audience the most profound and award-winning national and international films of the recent years. 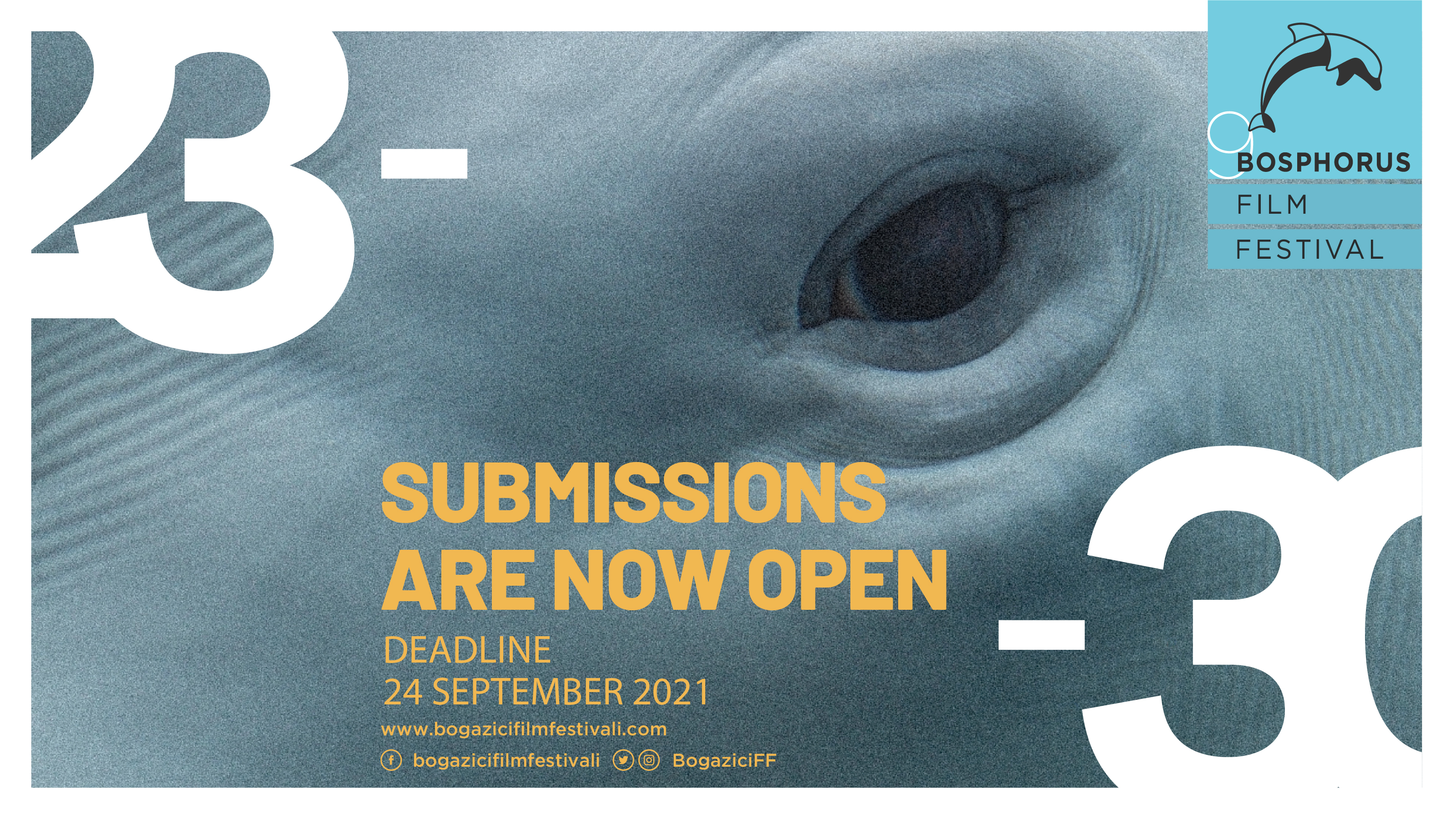 Submissions for the 9th Bosphorus Film Festival to be held on 23-30 October with the contribution of the Republic of Turkey Ministry of Culture and Tourism, in corporate partnership with TRT, and organized by the Bosphorus Culture and Arts Foundation are now open.

Bringing the audience together with the films in cinema halls since its first edition, and all its screenings taking place physically with social distancing despite the adverse conditions of the global pandemic last year, the festival's submissions deadline in its 9th edition for National Feature Competition, National Short Film Competition and Bosphorus Film Lab has been set as September 24. Regulations and submission forms of all competition sections of the festival can be reached on www.bogazicifilmfestivali.com.

One of the films to be selected for National Feature Competition in the 9th Bosphorus Film Festival, where films completed after 1st January 2020 can submit, will receive the Best National Feature Award worthy of 100,000 TL. In addition, awards will be given in the categories of Best Director, Best Actress, Best Actor, Best Screenplay, Best Cinematography and Best Editing.

In addition to category awards, in the national competitions there will be the FILM – YÖN Best Director Award and the FIYAB Best Producer Award, another prestigious award for the films, given by the Film Producers Professional Association (FIYAB) in order to support the producers who successfully carry out all the processes of a film and to support independent cinema.

All the films in the International Feature, International Short Fiction and International Short Documentary competitions consisting of award-winning and much anticipated productions selected among widely acclaimed examples of world cinema will be screened for the first time at the 9th Bosphorus Film Festival for cinema lovers in Turkey this year as well.

Submissions are now open for the Pitching Platform, Work in Progress and First Cut Lab in the Bosphorus Film Lab, the festival section for industry-oriented events and project developments.

Film projects at the production or idea stage can participate in the Bosphorus Film Lab, which is organized with the corporate partnership of TRT and aims at contributing to the development of films in Turkish cinema and to providing financial and moral support for young producers and directors to make new films. One project from Pitching Platform will receive the TRT Co-Production Award, while another project will receive the Postbıyık Color Correction Award. Besides, Work in Progress finalists will make their presentations to receive the Ministry of Culture and Tourism Special Award and the CGV Mars Distribution Award.

Significance Attached to Short Films will Continue This Year As Well

All films in the short film competitions will also be nominated for the Ahmet Uluçay Grand Prize.

The 9th Bosphorus Film Festival will be held on 23-30 October. For more details and submissions, please visit www.bogazicifilmfestivali.com